Interview after the game: 【G-Galitano】 "We need this victory. We are relaxed this week and the training is very good, but we still need a victory very much. I am satisfied with the players, they defend well and offensively are brave." In addition, the Bibao coach also specifically mentioned two players-Berenger, who scored the first goal, and Saraga, who made his first team debut: "Belenger’s performance is particularly good, he provided us What's lacking-he can score from the wing. I have always emphasized that the players behind the forward must also score goals. In addition, Salaga's generation of players has also grown; although we still need time and patience, the most important thing is Yes, they can already play like other players and help the team move forward together." 【Belenger】 "We have a good job today. We attacked together, defended together, and scored important three-pointers together. I feel good, very good, because the whole team has been helping me, communicating with me, and staying with me. Yes. I am also very satisfied that I can help the team win with one goal. During the raging new crown epidemic, we should dedicate this victory and these wonderful games to everyone, because we all need it. This love." 【Saraga】 "At first, I was a little nervous, but when I walked into this stadium with extraordinary dreams and plucked up the courage to play for the fans, even though the fans, family, and friends were not there, I still felt extremely happy. Proud. I have been here for twelve years. I have always dreamed of one day playing in San Mames (for the first team). Today I was lucky and realized this dream. I was very excited when I went on the court. I was very excited. Surprised at the pace of the La Liga game, but I believe I can adapt. I basically didn't concede a lot..." Saraga has been very excited. By the time he talked about this, he was already a mixture of Basque and Spanish, and he was a bit incoherent. Later, he said: "Today I finally made my debut. This is the exciting moment (I am looking forward to)..." 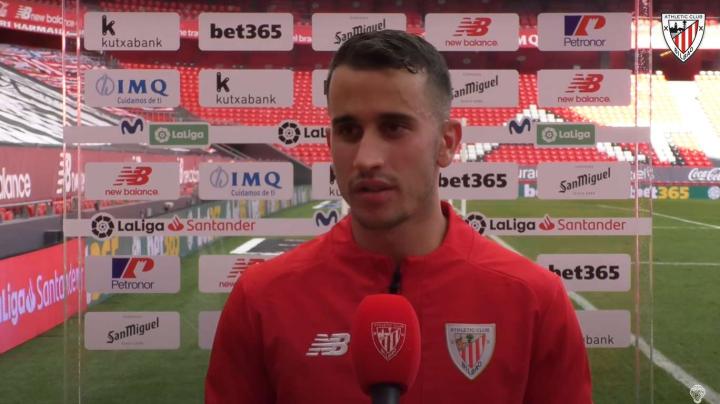